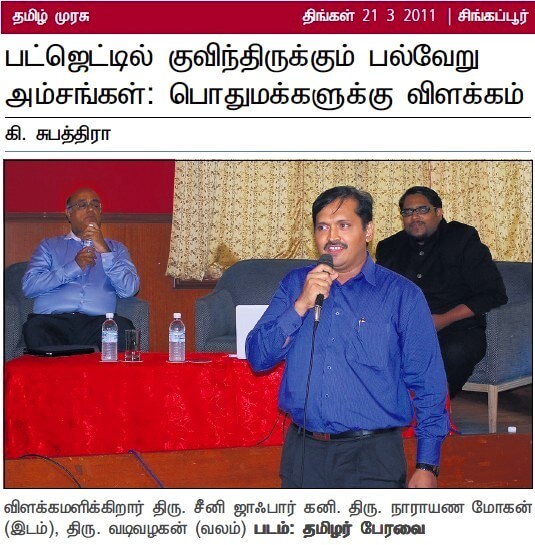 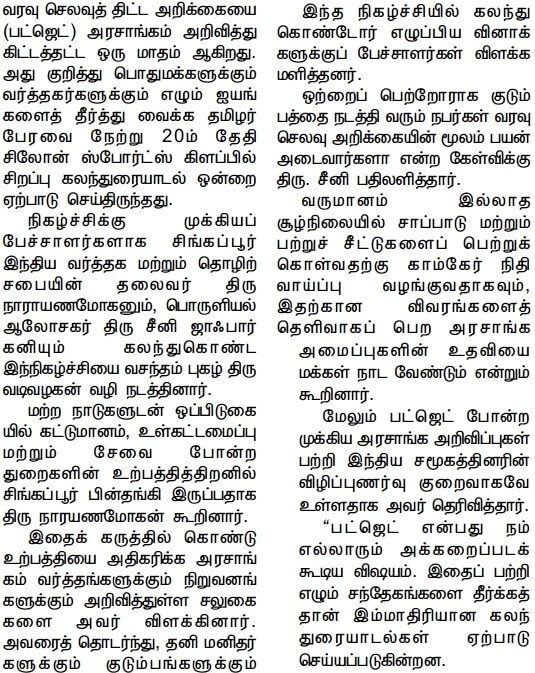 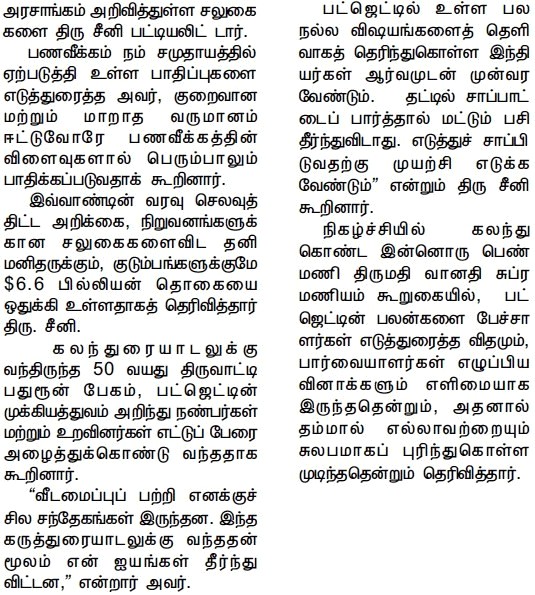 THE NUMEROUS BENEFITS IN THE BUDGET – A FORUM FOR THE PUBLIC

It has been about a month since the budget was released. Tamils Representative Council organized a public forum to discuss any doubts that people may have regarding the Budget on 20th March 2011. The forum’s speakers were SICCI chairman, Mr Narayanamohan, Consultant, Mr Seeni Jaffar Ghani and media celebrity Mr Vadivazhagan.

Mr Narayanamohan said that Singapore lagged behind other countries in productivity for construction and services and therefore the budget was aimed at increasing productivity.

Mr Ghani explained the benefits to families and individuals. He also talked about inflation and how people whose salaries had not increased would be most affected by inflation.

Mr Ghani explained that $6.6b had been set aside for companies and individuals in the budget.

50 year old Mrs Pathroon Begum had understood the importance of this forum and had brought along 8 friends and relatives. She has some doubts on HDB and these doubts were addressed at the forum.

The speakers answered a number of questions from the participants.

A question was raised on how single-parent families could benefit from the budget. Mr Ghani replied that families without income could receive financial support or food vouchers through comcare.

He said that the Indian community was not aware of all the avenues of help available. The budget is important and affects all of us as such forums to clear doubts are essential. “Indians should come forward to find out how they could benefit from the budget.” Said Mr Ghani.

Another participant, Ms Vanathi said that the way the speakers explained and the questions raised by the participants enabled her to understand the issues in a simple manner.