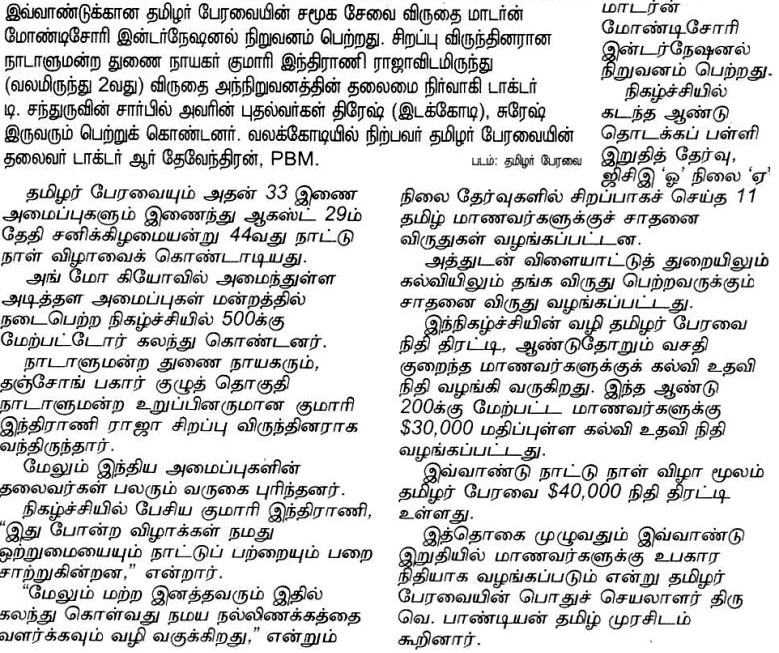 Guest of Honour for the event was Deputy Speaker for Parliament and MP for Tanjong Pagar GRC, Miss Indranee Rajah.

Further, many leaders of Indian organisations too attended the event. Miss Indranee who spoke at the event said, “Such events encourage unity
and patriotism. The inclusion of other races in the event also shows our racial harmony.” Ms Indranee also asked youths and ladies to come forward to help the community.

TRC gives out about $30,000 to 200 students annually through donations collected at this event. This year, TRC has collected $40,000 at their National Day celebrations.

Mr Pandiyan, general secretary of TRC told Tamil Murasu that this entire amount would be given as bursaries to students at the end of the year. 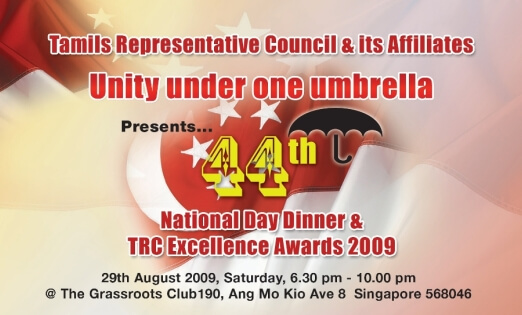